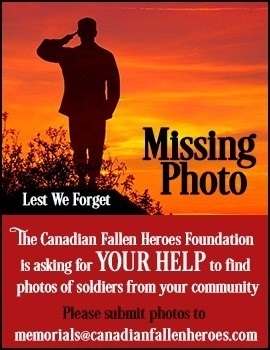 Albert Elliott was born June 6, 1896 at Bolton, Lancashire, England and came to Canada with his family in August 1904, settling at Edmonton, Alberta. Single and living in Edmonton, Elliott worked as a photographer by trade before enlisting at Edmonton January 4, 1915. Overseas with the 1st Reinforcing Draft of the 51st Battalion in June 1915, Elliott went on to serve as a Lance Corporal with the Canadian Expeditionary Force attached to the 4th Battalion (Central Ontario) during the First World War. Landing in France in August 1915 with the 1st Canadian Infantry Brigade, 1st Canadian Division, the 4th Battalion took part in the Battle of the Somme and the Battle of Flers-Courcelette. On October 8, 1916, Lance Corporal Albert Elliott died after coming under attack by the German 1st Army during the capture of Courcelette. Elliott is commemorated at the Adanac Military Cemetery, Albert, France. Son of Alexander and Elizabeth (nee Smith) Elliott; brother of Arthur, Frederick,, Ernest, Emily (died in childhood), Samuel (died in infancy), James (died in infancy), and Samuel Elliott; he was 20 years old. Citation(s): 1914-1915 Star “When you go home, tell them of us and say, for your tomorrow, we gave our today.”