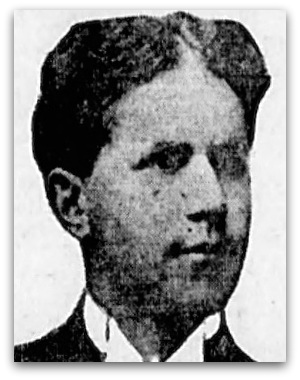 Lorne Alexander Clark was born February 15, 1883 at Cannington, Ontario and moved to Manitoba about 1904. Single, Clark lived in Winnipeg, Manitoba where he worked as a timekeeper by trade for Foley, Welsh & Stewart. Following enlistment at Edmonton January 6, 1915, Clark went overseas with the 51st Battalion in April 1916. Clark went on to serve as a Private with the Canadian Expeditionary Force attached to the 46th Battalion (South Saskatchewan) during the First World War. Landing in France in October 1916, the 46th Battalion fought in support of the 10th Infantry Brigade, 4th Canadian Division. On November 12, 1916, Private Lorne Alexander Clark died while fighting in the Ancre against the German 1st Army. Wounded by a gunshot to his head, Clark died at No. 49 Casualty Clearing Station near Albert, France and is commemorated at the Contay British Cemetery, Somme, France and on the Next of Kin War Memorial, Manitoba. Son of Neil and Emma Victoria (nee Learey) Clark; brother of Ernest, Lena Mildred, Percy W., Leo Sylvester, Clara Catherine, Sadie Victoria, Ruth, George Cameron, and Islay Clark; he was 33 years old. “O for the touch of a vanished hand, and the sound of a voice that is still.” – Alfred Lord Tennyson